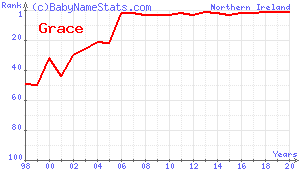 According to the annual reports published by the Northern Ireland Statistics and Research Agency, James/Noah and Grace were the most popular baby names in 2018. There were 22,983 births registered: 11,691 boys and 11,292 girls. 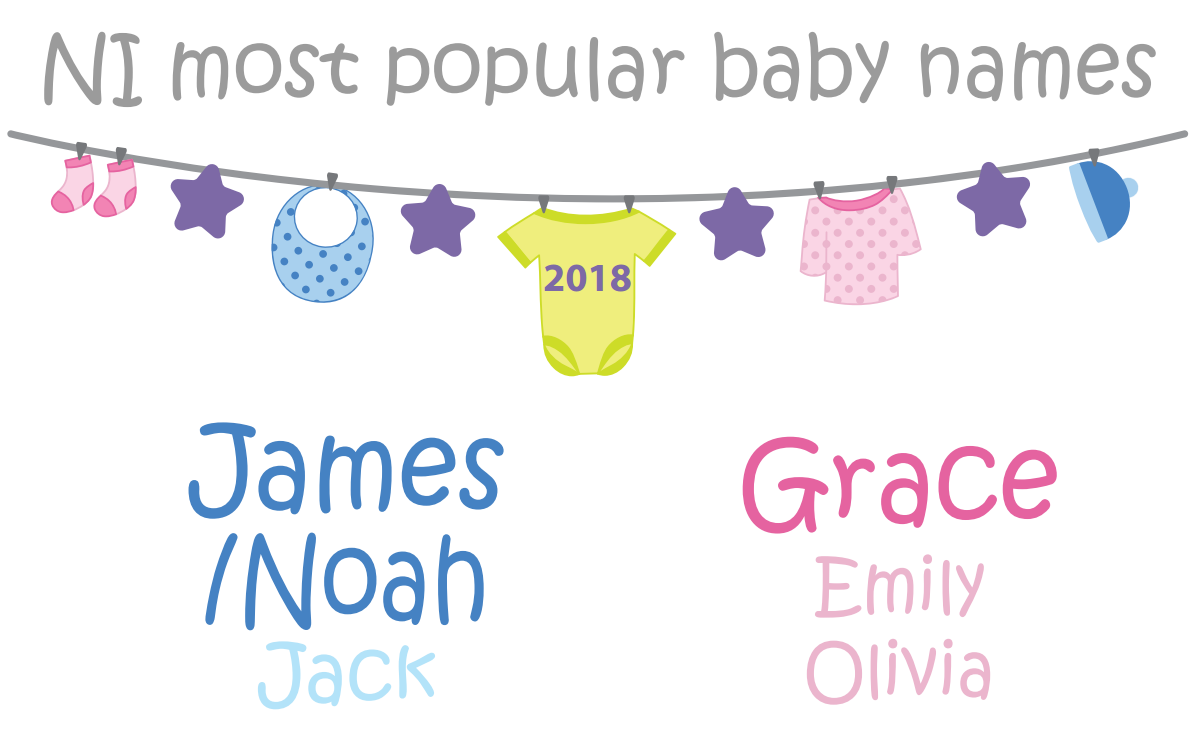